svibnja 13, 2017
Do you like them or not, they are some of the more "interesting" people on this earth. Some of the most scary serial killers are also very intelligent people with big plans and ideas. Here is one of them. 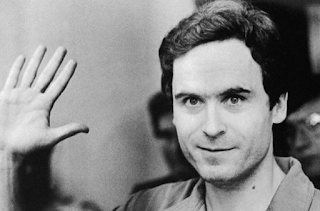 Ted Bundy was born November 24, 1946, in Burlington, Vermont. In the 1970s, he raped and murdered young women in several states. He was connected to at least 36 murders, but some thought he had committed one hundred or more. He was executed in Florida's electric chair in 1989. His charm and intelligence made him something of a celebrity during his trial, and his case inspired many novels and films about serial killers.
Theodore "Ted" Bundy started life as his mother's secret shame. Eleanor Cowell was twenty-two years old and unmarried when she had her son Theodore, which scandalized her deeply religious parents. She delivered the child at a home for unwed mothers in Vermont and later brought her son to her parents in Philadelphia. To hide the fact he was an illegitimate child, Bundy was raised as the adopted son of his grandparents and was told that his mother was his sister. Eleanor moved with Ted to Tacoma, Washington, a few years later. In 1951, she married Johnnie Bundy and the couple had several children together. From all appearances, Bundy grew up in a content, working-class family.
Bundy showed an unusual interest in the macabre at an early age. Around the age of 3, he became fascinated by knives. Bundy was a shy, but bright child who did well in school, but not with his peers. As a teenager, a darker side of his character started to emerge. Bundy liked to peer in other people's windows and thought nothing of stealing things he wanted from other people.
While a student at the University of Washington, Bundy fell in love with a wealthy, pretty young woman from California. She had everything that he wanted: money, class, and influence. He was devastated by their breakup. Many of his later victims resembled his college girlfriend—attractive students with long, dark hair. His killings also usually followed a gruesome pattern. He often raped his victims before beating them to death.
The exact number of women Bundy killed will never been known. There is also some debate when he started killing, but most sources say that he began his murderous rampage around 1974. By this time, he had transformed himself, becoming more outwardly confident and active in social and political matters. He had graduated from University of Washington with a degree in psychology in 1972 and had been accepted to law school in Utah. Bundy even got a letter of recommendation from the Republican governor of Washington after working on his campaign.
Around this time, many women in the Seattle area and in nearby Oregon went missing. And stories circulated about some of the victims last being seen in the company of a young, dark-haired man known as "Ted." He often lured his victims into his car by pretending to be injured and asking for their help. Their kindness proved to be a fatal mistake.
Bundy moved to Utah in the fall of 1974 to attend law school, and women began disappearing there as well. The following year, he was pulled over by the police. A search of his vehicle uncovered a cache of burglary tools—a crowbar, a face mask, rope and handcuffs. He was arrested for possession of these tools and the police began to link him to much more sinister crimes.
In 1975, Bundy was arrested in the kidnapping of Carol DaRonch, one of the few women to escape his clutches. He was convicted and received a one-to-fifteen-year jail sentence in that case. Two years later, Bundy was indicted on murder charges for the death of a young Colorado woman. He decided to act as his own lawyer in this case. During a trip to the courthouse library, Bundy jumped out a window and made his first escape. He was captured eight days later.


In December 1977, Bundy escaped from custody again. He climbed out of a hole he made in the ceiling of his cell and even dropped more than 30 pounds to fit through the small opening. Authorities did not discover that Bundy was missing for 15 hours, giving the serial killer a big head start on the police. He eventually made his way to Tallahassee, Florida.
There, on the night of January 14, 1978, Bundy broke into the Chi Omega sorority house at Florida State University. He attacked four of the young female residents, killing two of them. On February 9, Bundy kidnapped and murdered a twelve-year-old girl named Kimberly Leach. These crimes marked the end of his murderous rampage as he was soon pulled over by the police that February.
In July 1979, Bundy was convicted for the two Chi Omega murders. The most damming evidence came from his own viciousness. The bite marks on one of the bodies was a definitive match for Bundy. He was given the death penalty twice for those crimes. Bundy received another death sentence the following year in the murder of Kimberly Leach.
Bundy fought for his life, spending years appealing his death sentence. An infamous national figure since his Florida trials, he remained a source of fascination for many. Actor Mark Harmon even played Bundy in the 1986 television movie The Deliberate Stranger. Bundy tried to take his case as high as the U.S. Supreme Court, but he was turned down. Bundy even offered information on some of unsolved murders to avoid Florida's electric chair, but he could not delay justice forever.
On January 24, 1989, Bundy met his fate at the Florida State Prison. He was put to death around 7 a.m. that morning in an electric chair sometimes known as "Old Sparky." Outside the prison, crowds cheered and even set off fireworks after Bundy's execution. In the end, he had admitted to thirty-six killings, but experts believe that the final tally may be closer to one hundred.
Death did not stop the public's interest with Ted Bundy. His life has been the subject of countless books and documentaries, trying to shed some light on this brutal killer's crimes. 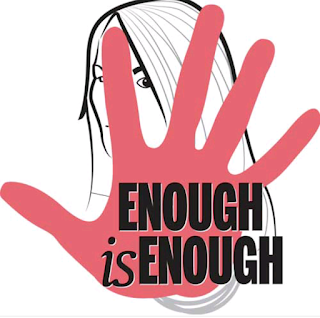 Every day, each second you could become a victim of sexual harassment without even noticing it. We are all witnesses of every day bad behaviour towards women. Seeing all the bad thing happening like rape, mistreatment, abuse, we don't tend to notice the small sings that lead to bigger problems. For many people it is still normal to "compliment" women in an unpleasant way not understanding that saying "What a good  ass.", is the start of something that could lead to a problem. I am not trying to say that people can that easily stop using such terms, especially men, but we should all just try to share awareness among the younger generation about the possibility of such talk leading to something worse. We all say that words are just something that we shoudn't always take serious, because people often say what they don't mean,but that doesn't mean there is no chance of someones words becoming an act that can harm.Anything that costs you your peace is to
Pročitajte više